Please use our email contact form when contacting your chosen school.
If calling please give us a mention, as it helps schools identify where their enquiries are coming from.

TV and Film acting Classes. Acting classes for stage and screen in Cambridge for children from 8 years up to 18 years old.. 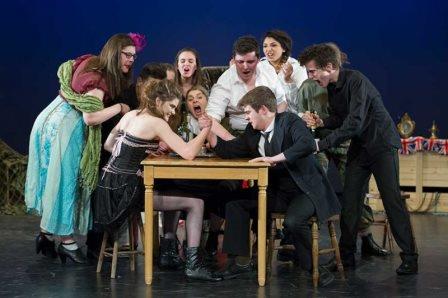 The Young Actors Company in Cambridge have been teaching and training children and young people in the arts for over 40 years.

Although our Young Actors will develop a wide range of skills throughout their time with us, our primary focus is and has always been pure acting on stage, screen and radio.

This is why we only employ professionally trained, highly skilled and experienced actors and directors to work with anyone who joins us.

The hub of the company is in Cambridge, UK where we hold workshops, masterclasses and rehearsals all day Saturday & Sunday in Cambridge and throughout the weekday evenings. These are broken into three main categories: Studio Workshops, the Screen Academy and the Stage Academy.

We also have branches in London (Notting Hill), Colchester, Peterborough and an associate branch in Birmingham. Please click here for further information.

Our Studio Workshops are weekly evening classes (excluding half-terms and school holidays) for all age groups. The workshops and masterclasses cover a wide range of performance skills including, but not limited to:

The Screen Academy undertakes many projects every year with its Young Actors both in-front and behind the camera.

Showreels, Silent Movies, Trailers, Competition Films and the Long Project – an opportunity for all actors in the Screen Academy to produce a feature film based on their own ideas and work, shot on location.

Actors in the Screen Academy also take part in a wide variety of workshops and masterclasses focussed both on pure acting, acting on camera and behind the scenes 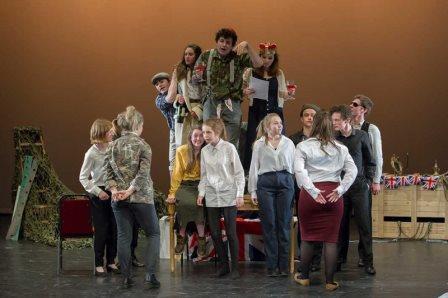 The Juniors and the Uppers take on one major production a year that is performed in a professional theatre space and is worked on throughout the autumn and spring terms. The summer term consists of a programme of workshops and masterclasses covering a wide variety of stage, screen and radio skills. There are also opportunities for the Young Actors in these groups to perform internally.

The Senior Stage Academy Cambridge tackles multiple productions per year covering all forms of theatre alongside production specific and acting workshops and masterclasses.

Are you the next Wicked star?

The Young Actors Company are looking for simply the best musical theatre students in London and the Eastern Region!

Those selected will spend every Sunday working exclusively and extensively on all aspects of musical theatre. Led by the experienced Jonathan Woolf, all students will be given equal and unparalleled training from individual character work to collaborating as an ensemble performer.

The focus of this 12 month course will be on acting and acting through song culminating in a musical presentation in a University 240 seat theatre, at the end of summer term 2015.

The Actors Company in Cambridge is more than just a Stage School or Drama Club it offers eceptional training in Acting for Stage and TV & Film.

Acting To Go (School Years 10 & 11)
Wednesdays, 7.30pm – 9.30pm Here our Young Actors capitalise on their experiences so far to provide them with skills that can be used both academically and professionally

The Young Actors Company Casting Agency is open to young people who have successfully auditioned for the weekly classes.