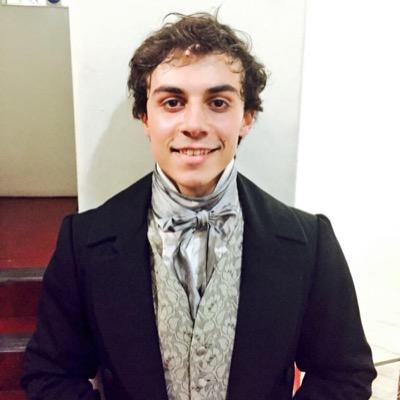 Little Voices have announced that West End star Edd Campbell Bird will be coming to Fulham this May Half Term to host a very special four day ‘Disney inspired theatrical camp.

Edd has appeared as Prouvair and Marius in the West End production of Les Miserables at The Queens Theatre in which he performed over 400 performances. As well as starring alongside Emma Thompson in the production of Sweeney Todd at the London Coliseum. Most recently, Edd has filmed a roll in the upcoming TV series, Catch-22 directed by George Clooney.

The workshop week is a rare opportunity for local budding young performers aged 4 - 11 years, who have a passion for musical theatre and who would like for the opportunity to work with industry professional Edd and the Little Voices team at this ‘one off’ four day camp of singing, dancing & acting working towards a final performance to showcase to friends and family.

Ashlea Pearson, the Principle of Little Voices, told us: “We are thrilled that we managed to secure a west end guest to host the camp and to have him working with us at Little Voices to educate the children of Fulham - it’s amazing! We cannot wait for the camp and to watch Edd put his professional stamp on the the week.”

To secure your child’s place please apply online or enquire before Friday 24th May as places are strictly limited.
Apply HERE
Email: SWL@littlevoices.org.uk or call: 0208 088 0113.