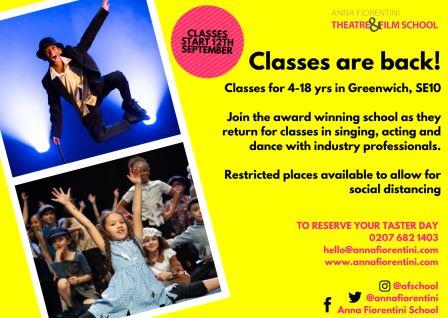 Our Greenwich Drama School offers students the opportunity to explore classes in drama, dance and singing.

Students will learn a range of genres from Shakespeare to improvisation in Drama and Street Dance to Lindy Hop in Dance.

We also encourage students to explore their vocal range by introducing them to music styles from Musical Theatre to Rock & Pop.

Students are taught by leading industry professionals who have a fantastic rapport with the students whilst offering them an insight in to the professional industry.

There are 2 sessions on a Saturday at the North London Drama School:

Students are put in classes according to their age and follow a timetable of drama / film, dance and singing.  Book your taster session now.

The Anna Fiorentini Theatre & Film School, is a not for profit organisation, opened in 2001 as a Prince’s Trust Business.

Children attending our drama school in Greenwich follow a timetable of Drama classes, Singing, Dance and Film. This timetable is put in place to ensure that students become all round performers. 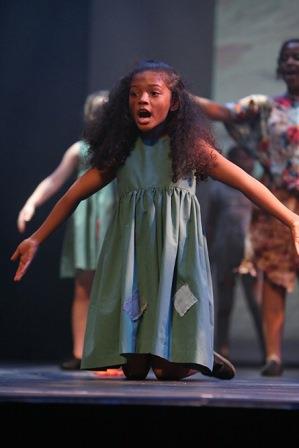 Film classes will teach students the difference between acting on stage and acting for the camera.

Students will work on short term projects, developing their own scripts for genres such as soap operas, commercials and short films.

Students will have the opportunity to film as well as to take the role of actor, director, cameraman and technical crew. We also invite professional directors/ cameramen to give master-classes in ‘acting for the camera’ to students.

We ask students and their guardians to take part in a taster day, before they join the school. This ensures we are the right school for your child. Book your taster session now. 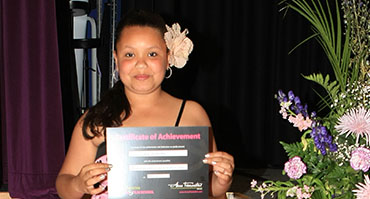 Our other schools in London: Hackney-Docklands-Highgate, North London.

For those students who do wish to pursue performing arts professionally we have the Anna Fiorentini Agency.

Fiorentini Weenies classes introduce early-years students to the fun and excitement of the performing arts. In a safe and nurturing environment, children can explore new skills, make new friends and have fun.

The classes will include a combination of Singing, Dance and Drama and will be designed to encourage creative and social development. We aim to inspire young imaginations and build confidence through inventive play, basic performance skills and artistic self-expression.

Our teachers are talented, enthusiastic and highly experienced in working with this age-group. All teachers are fully CRB checked.