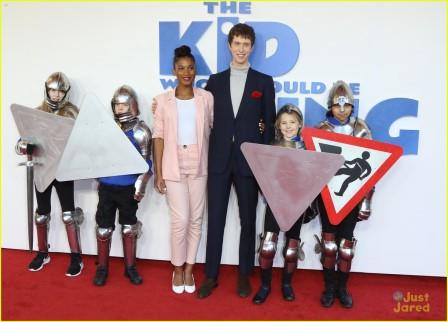 A Wimbledon based theatre school has been selected to help promote a new film and work alongside 20th Century Fox.

Razzamataz Theatre Schools were approached to celebrate the launch of the hit movie The Kid Who Would Be King starring Sir Patrick Stewart.

The partnership included a hugely successful official social media campaign as well as a schedule of interactive activities at every single Razzamataz school across the country. 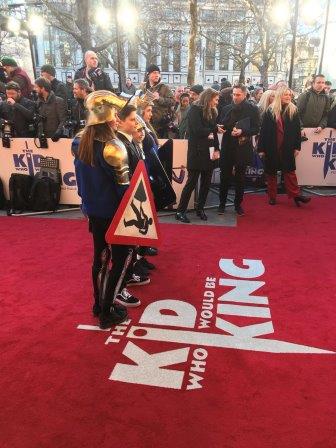 The icing on the cake was being invited to the gala premier screening in Leicester Square, dressed in costumes from the film. Students who attend Razzamataz Wimbledon welcomed VIP’s and entertained the celebrities on the red carpet.

“This was an amazing experience for everyone involved and the students had the time of their lives,” says Sophie Atkins, Principal of Razzamataz Wimbledon.

“The children got to meet so many actors and celebrity guests and all the film and events staff commented on how professional and polite they all were.” 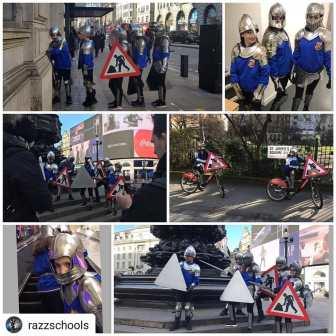 The event started with photo opportunities with the students dressed in the film’s costumes.

Some of the students then lined the entrance to the red carpet to greet the celebrity guests with the ushers while others were involved in every official paparazzi photo with each of the actors.

All the students were then invited into the main screen room with the guests to watch the film, which started with the director Joe Cornish on stage thanking the Razzamataz students. 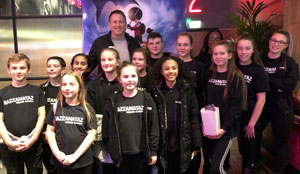 “After the film, Joe Cornish very kindly chatted to our students and then the official film company and press office did some interviews with them about what they thought of the film,” adds Sophie.

“These sorts of experiences really make an impression on our young students and gives them a unique insight into the professional world. Of course, it is great fun for them too and for those that are interested in a career in the performing arts, it opens their eyes as to what can be achieved.”

Big name partnerships are set to continue into 2019 with further opportunities with Disneyland Paris, Her Majesty’s Theatre in the West End and London’s 02. There are lots of opportunities to perform locally as well as lots of professional experience with workshops and audition technique classes.

Razzamataz offers a wide range of performing arts styles for youngsters age 2-18 including current trends that are accessible to children and teenagers. Classes consist of dance, drama and singing and the curriculum covers the whole of the performing arts, from classic West End musical theatre to street dance, pop singing and acting for camera.

To find out more about the classes which are held every Saturday at St Cecilia’s School, Sutherland Grove SW18 5JR, Email: wimbledon@razzamataz.co.uk

Summer fun with Razz every Tuesday in August: 4th/11th/18th/25th Come and enjoy singing, dancing, drama, crafts and games with your friends.