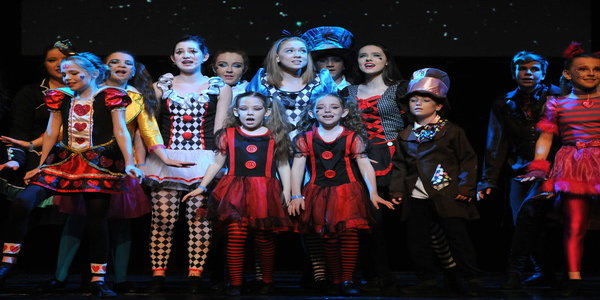 STUDENTS from Stagecoach Theatre Arts Chertsey stepped into the spotlight last weekend when they got the chance to perform at the Shaftesbury Theatre in London’s West End.

As part of the nationwide Stagecoach Performing Arts initiative, the children joined talent from across the UK and performed songs such as Taylor Swift’s “Wonderland” and Kerli’s “Tea Party” inspired by the characters in Lewis Carroll’s ‘Alice in Wonderland’ story.

The iconic Shaftesbury Theatre has played host to the musical Motown the Musical - the home of the soulful Broadway hit musical, and now students from 16 Stagecoach schools across the country entertained friends and family as they got a taste of West End stardom.

Stagecoach Performing Arts Chertsey Principal, Caroline McCrink says: “For the children to be able to perform at the Shaftesbury Theatre is a dream come true, whether they dream of being West End stars or they dance, sing and act for fun. Performances like this are a huge confidence booster and there is a great sense of camaraderie amongst the pupils. It was a magical day for all concerned, with the students gaining the wonderful experience of performing in the West End. The pupils put all their efforts into an astounding performance, which had everyone on their feet cheering.”

Stagecoach Performing Arts Chertsey is part of a network of more than 700 extra-curricular Performing Arts Schools worldwide. Stagecoach aims to make a difference in its students lives by teaching Creative Courage for Life and many children have gone on to study and work in Performing Arts from blockbuster films to countless roles in local theatre productions. Early Stages classes are available for children aged four to six and Main Stages classes take place for six to 18 year olds every weekend. Two Week try outs currently available.  Contact Caroline on 0772 517 6102