Show Off Your Play Writing in our Writing Competition 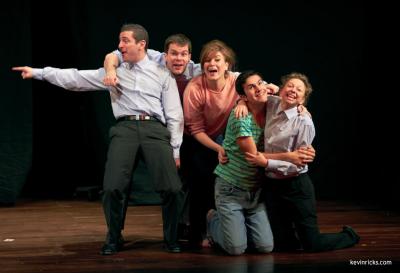 Now in its second year, the International Playwriting Competition gives aspiring playwrights the opportunity to see their very own play performed in front of a live London theatre audience. Better yet, winners receive a cash prize of £1,000 and have their play published by Trinity College London !

Writers are asked to submit a one-act play for either performers of 11 years old and under, or audiences of 12 to 16 years old. 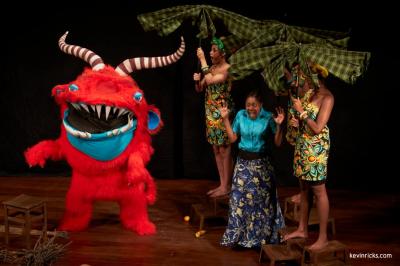 What kind of weird and wonderful characters or storyline can you think up?

For £20 you will receive a written feedback on your entry, or you can simply enter the competition for £10. 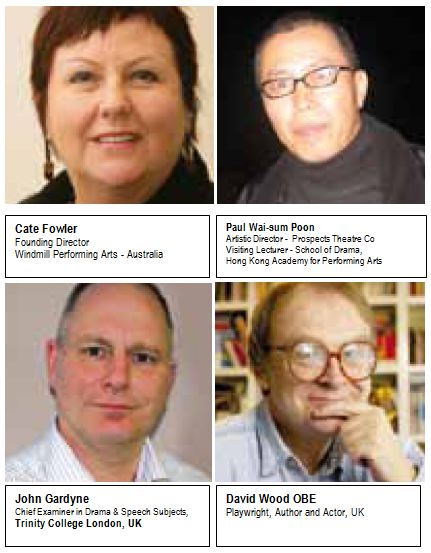 Quest of the Four Princesses by Colin HumeWinner of the ‘Plays Suitable for Performers Aged 11 Years and Under’ category
Saturday 14 January at 4.30pm and 6pm

Moth to the Flame by Annie McCourtWinner of the ‘Plays Intended for Audiences Aged 12-16 Years’ category
Sunday 15 January at 2.30pm and 5.30pm

Over the course of the weekend there will be a number of play readings and related events run in conjunction with the staff and students of Rose Bruford College’s MA in Theatre for Young Audiences.

Tickets are limited so if you wish to attend to any of these performances please RSVP to Madeleine Mason at madeleine.mason@trinitycollege.co.uk.   We look forward to seeing you there!

About the Winning Plays

A good play is all about character and relationships. That is the view of the two playwrights who have won this year’s top prizes in Trinity College London’s prestigious International Playwriting Competition aimed at encouraging more plays to be written for young people.

In Annie McCourt’s dark teenage drama, Moth to the Flame, her two characters are taken away from the comfort zone of modern technology. “I wanted to take them away from mobile phones and the internet and see how they would react,” said Ms McCourt, 47, from County Durham who is a drama practitioner specialising in applied drama in community and education.

Conversely, Colin Hume’s winning play for younger children Quest of the Four Princesses is complete with kings, queens and giants who are quite adept at dialing up for a pizza on their mobile phones, despite the play appearing to step out of the pages of a traditional style fairy tale.

“Children don’t want to just play children. They like to be fantastic characters,” said Mr Hume, a computer programmer from Hertfordshire. “Most young children love fairy stories. They know the conventions – the wicked giant, castles, princes and princesses. I wanted to create a fairy story with a modern twist, mobile phones included.

A four-day theatre festival is coming to the St. James Theatre in Victoria from 7-10 May and is set to
include performances of a variety of prize-winning plays by writers from all over the world. Running
alongside the plays are activities for school groups and seminars and workshops for aspiring writers
and playwrights with notable presenters including David Wood OBE and director and playwright Che
Walker.

The 2014 International Festival of Playwriting and Performance festival celebrates the winners of
Trinity College London’s 2013-14 International Playwriting Competition, which aims to encourage the
creation of new writing for children and young people to engage with. Sally Hardy from Australia and
William Siegfried from Austria will both travel to London to see their plays staged as the headline
performances. Hardy’s Gone Viral was the winning play for teenage audiences and is about a young
girl dealing with the pressures of being a teenager while coming to terms with the impending loss of
her terminally ill father. Virtual Enchantment, written by Siegfried, won the award for best play for
young performers and is a modern day fairy tale for the internet age. It will be performed by a class
of students from Hermitage Primary in Tower Hamlets.

The Belinda Tree by John Moorhouse from the United Arab Emirates was a runner up play for teenage
audiences in the 2012 playwriting competition. Normal, by Paul Wallis from South Africa, won the
same category in 2010. The plays will be performed by talented young actors from across London.

Thursday 8 May is a day for writers, with four workshops and two plays scheduled. The day will kick
off with a panel discussion about writing theatre reviews, involving reviewers from media outlets
including The Stage and the Guardian. Acclaimed children’s playwright David Wood OBE will speak
about the practicalities of writing plays for young people, and last year’s International Playwriting
Competition winner Christina Maiden will also give a talk about her experience of writing plays for
young performers.

There are dedicated, free, activities for primary and secondary school groups, including fun and
practical theatre based workshops and performances of Gone Viral and Virtual Enchantment
Full details are available and tickets can be booked through the
box office at the St. James Theatre on 0844 264 2140 or boxoffice@stjamestheatre.co.uk.