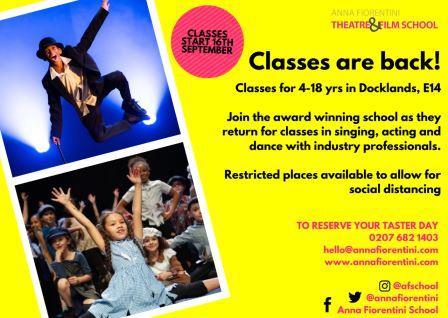 The Anna Fiorentini Theatre & Film School, which is a not for profit organisation, opened in 2001 as a Prince’s Trust Business.

Children attending our drama schools in Hackney and Docklands follow a timetable of Drama classes, Singing, Dance and Film with Set and Costume Design as an alternative option to any of these classes.

This timetable is put in place to ensure that students become all round performers. 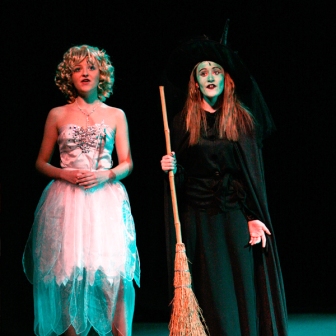 Students are put in classes according to their age and follow a timetable of drama / film, dance and singing. 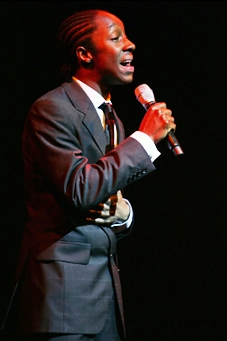 Theatrical Agency For those students who do wish to pursue performing arts professionally we have the Anna Fiorentini Agency.

Now with 4 branches across Hackney, Greenwich, North London and Docklands our drama schools are easily accesible to many students.

Fiorentini Weenies classes introduce early-years students to the fun and excitement of the performing arts. In a safe and nurturing environment, children can explore new skills, make new friends and have fun.

The classes will include a combination of Singing, Dance and Drama and will be designed to encourage creative and social development. We aim to inspire young imaginations and build confidence through inventive play, basic performance skills and artistic self-expression.

Our teachers are talented, enthusiastic and highly experienced in working with this age-group. All teachers are fully CRB checked.

Opens Wednesday 16th September. To reserve your place for a free taster session please do give us a call 020 7682 1403